Milan, Monday 1st  en Tuesday 2nd December 2014 - The European Commission gave VlaS the opportunity to present the SETS-project on the EU Sport Forum.  During this forum the already finished projects that were entered in 2012 could present their results by means of workshops.  The running European projects entered in 2013 - as the SETS-projects- got an exhibition stand to present their planned actions during two and a half days.  This made it difficult for me - as only representative - to follow the discussions in the plenary room or to take part in the workshops.  Still I managed to   follow some sessions. I want to thank Jean Fulcrand for his intervention in the plenary meeting on behalf of the traditional sports and games.  One of the panel members confirmed the importance of local and regional games.

One of the most important items on the agenda were the future actions of the European Commission in the domain of her new competence: sport.  Two main actions are the Erasmus+ project and the 'European Week of Sport'.  The latter is an event that will yearly be organised in whole Europe during the second week of September (starts in 2015).  There were presentations from some large multi-sports clubs and discussions about the economic impact of big sporting events.  Did you know that in June 2015, the first European Olympic Games will be organised with twenty sports in Baku - Azerbijdjan? (see www.baku2015.com)

Two days I've been networking from early in the morning till late at night.  I presented our project to sports leaders out of England, Hungary, Netherlands, Germany, Denmark, Greece, Spain, ...  The talks with the representatives of the two other EU-project on the theme of 'European traditional sports and games were also interesting: Tafisa (Germany) 'Games of the past - Sports for Today' and Cavala (Greece) 'Europe is our playground'.  With Tafisa we discussed different forms of working together, some of which we would like to start already.  It was a pity that the fourth project about traditional games was absent.  The space provided for Figest with their project 'European Medieval Sport & Street Games Network - short: Games.net' stayed empty.

VlaS hopes that there may be a sequel on the SETS-project so that our networking on the European level will be of use. 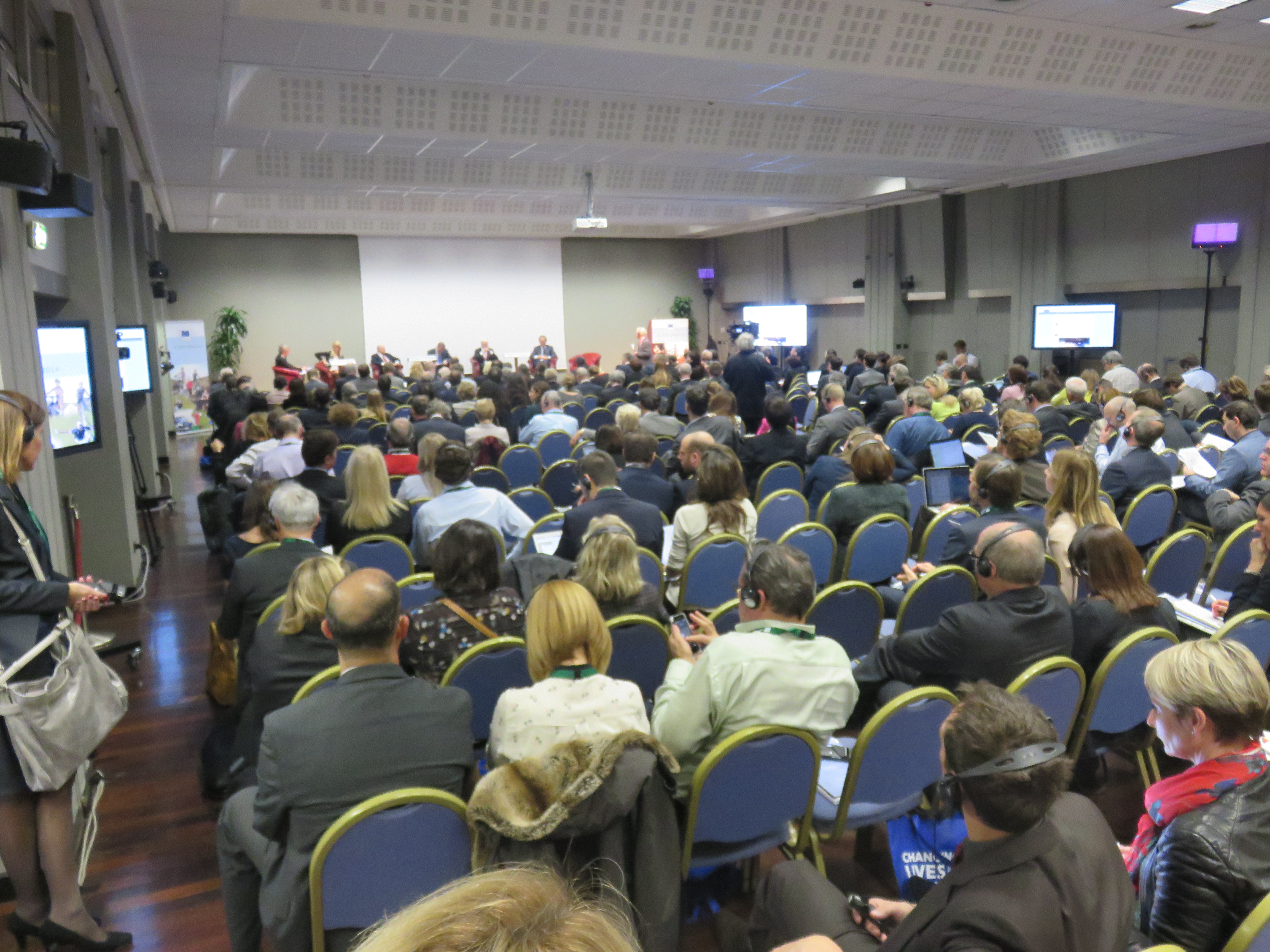 photo: The plenary session filled the big conference room. Projections was provided at both sides. Translation was don from and to four mail languages: english, French, German and Italian. Speakers has to use one of these four languages. 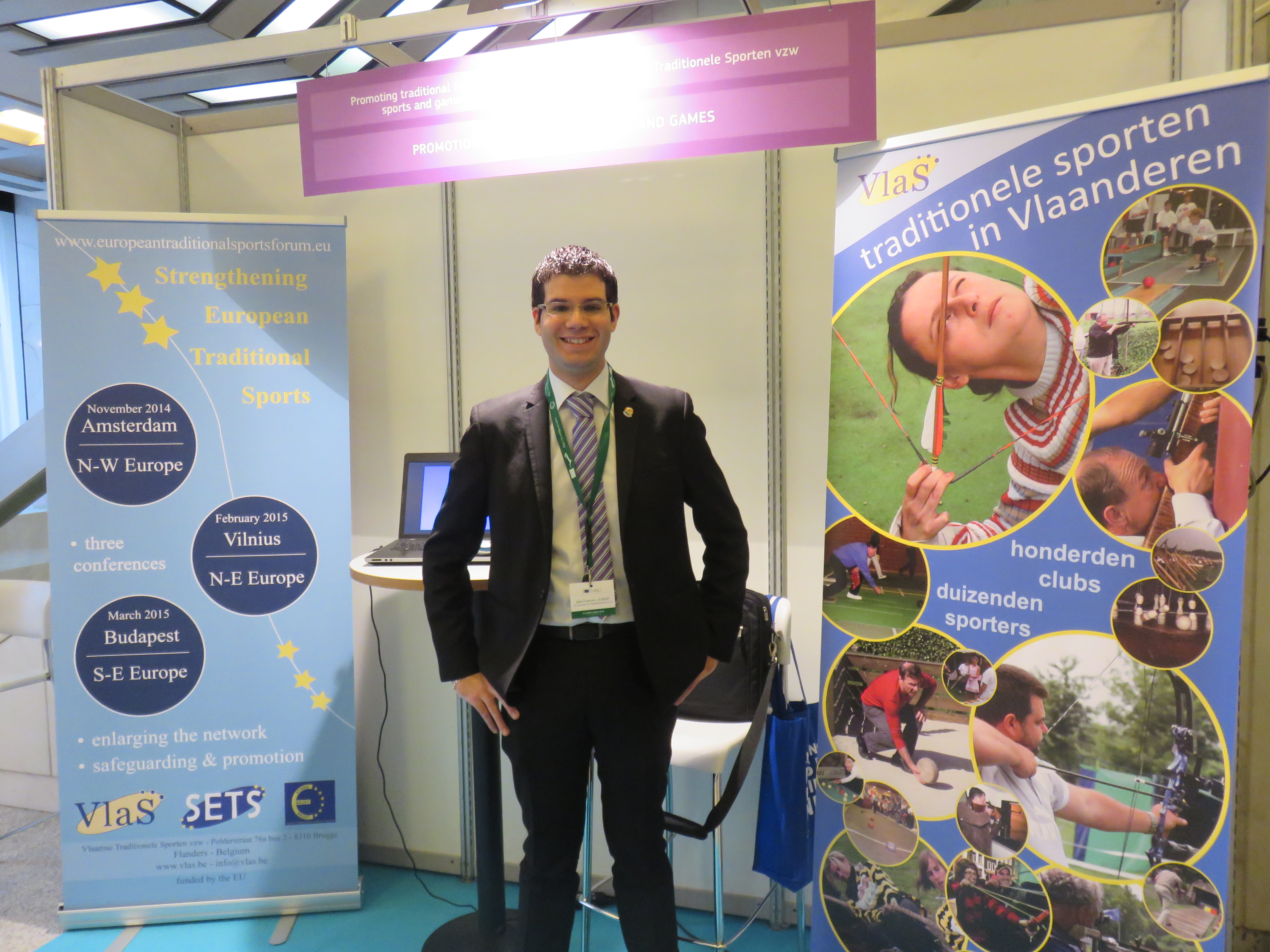 photo: 'Jean-François Laurent, manager of the Tafisa-project before our VlaS-stand in Milan at the EU Sport Forum' 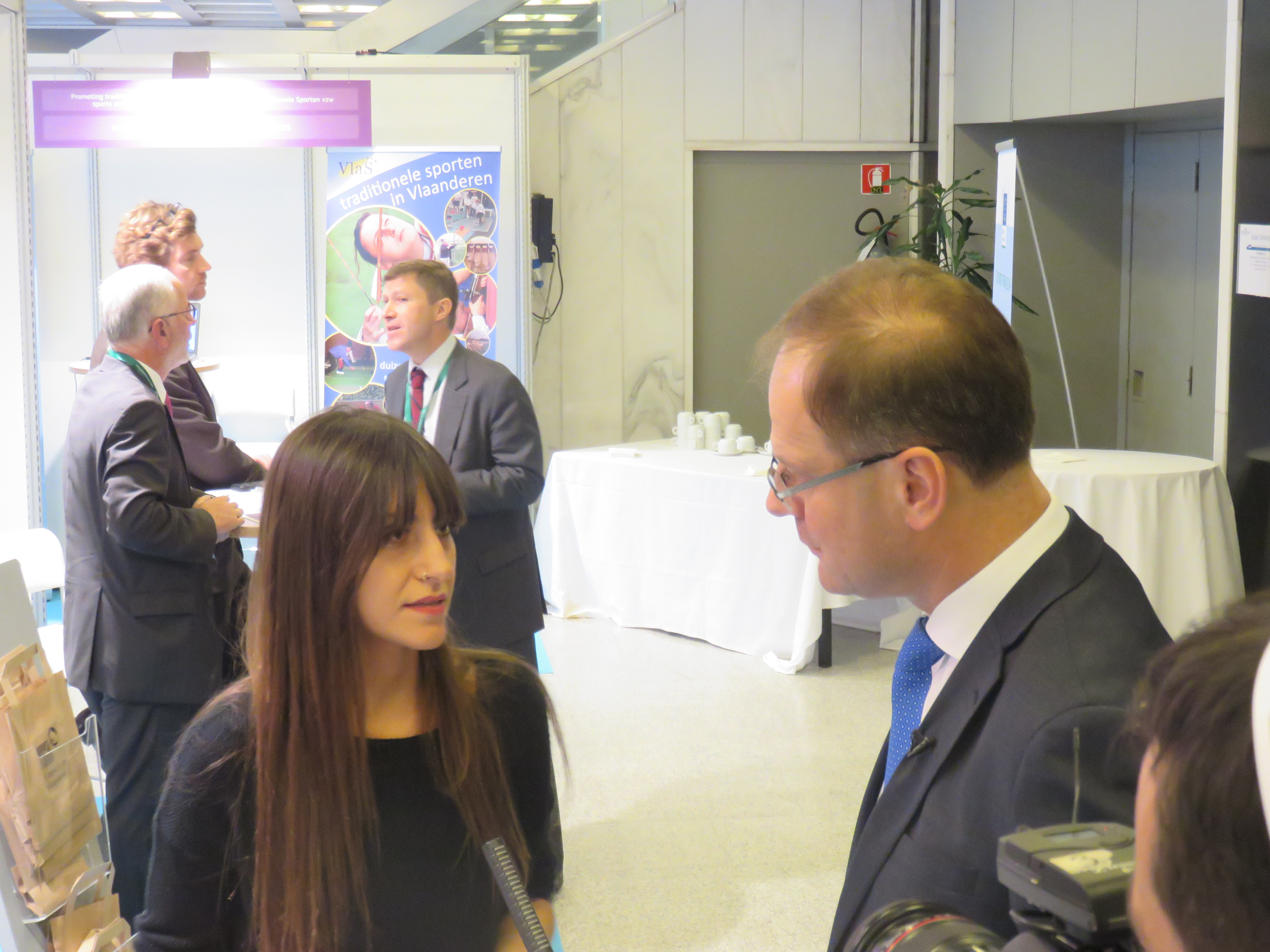 photo: The new EU-commissioner of sport visited every exhibition stand. Here you can see him with the project of the city of Cavala (Greece). You can see the VlaS-stand at the back.